The Wamala Tombs are a sacred burial site of Ssekabaka II, the 29th King of Buganda. The tombs are found in Nabweru Sub-county, Wakiso district, a short drive off Kampala-Hoima road. From the hills on which the Tombs are located, one can see Kagoma Hill atop which Ssuuna built a place for his mother. These attractions are among the several places frequently visited by tourists on a Kampala city tour, which is one of the one-day tours in Uganda from Kampala. Though they are not considered to be within Kampala, but they are near the city and therefore easily accessible from within Uganda’s capital. 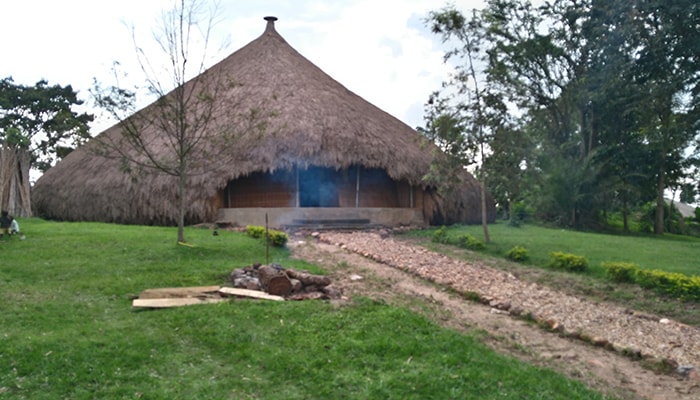 The Wamala Tombs in Wakiso District.Ssuuna (1836-1856) was a powerful and despotic ruler, with a violent reputation for penalty. His death in 1856 heralded a golden age by bringing Kabaka Mutesa I to the throne, generally regarded as the greatest King of his times. Suuna was the son of Kabaka Kamanya and was the first Kabaka to receive Arab traders. Ssuuna II had 148 wives and 218 children was the last King to be buried in his own Palace and the last to have his jaw bone removed after demise.

How to get there

Wamala Tombs, among the cultural attractions in Uganda are housed in a good-looking, conventional thatched arched structure. At the shrine, you get to know comprehensively about the history of Ssekabaka Mutesa I, the 29th king of Buganda and Ssekabaka Ssuuna that excites and surprises many visitors who visit the tombs. Inside Kabakas’ Tombs are primordial spears and shields surrounding the central platform and a backcloth display which hides the legendary everlasting forest where he journeyed for never-ending living.

The tombs are still used for ritual ceremonies, sometimes involving the dead King’s preserved umbilical cord (his “twins”), his jawbone and other supernatural objects. Inside Kabakas’ tombs, visitors make offerings to the dead Kings and other tombs’ spirits.

Other Tourist Attractions in Buganda

Buganda Kingdom is a land of several cultural and historic sites. These include Kasubi Tombs in Lubaga Municipality in Kampala and Bulange Mengo, the administrative center for Buganda kingdom. Other also include Naggalabi Buddo, the coronation site for Buganda kings, Kabaka’s Lake in Mengo and Idi Amin’s cave in the King’s Palace in Kampala.