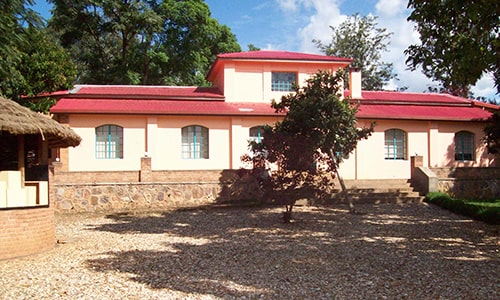 When you walk into the compound, the first thing to see is the bronze life-size statue of Richard Kandt attired in German military regalia holding a walking stick in his left hand and a peaked military cap in his right. Kandt was the first German Colonial Resident of Rwanda chosen to the position in 1908 following the exploration of northwest of German East Africa between 1897 and 1907 that he led. The German colonizers put up Kigali as the administrative capital and therefore, the museum is named after him.

Kandt Museum, one of the Kigali city tourist attractions has two main places to see. The main house that is a store for much of the history of Rwanda plus the reptile park, a section with snakes and crocodiles.

The museum has 3 main exhibits

The first part presents the social, economic and political facets of Rwandan life and the monarchy prior to the colonial era. The museum displays the development of the standards of living, the plants and animals of natural forests as well as the geological features.

The second part of Kandt House which is the biggest, brings out the experiences of the Rwandan people in the colonial age. This section summaries their history precisely under the German rule running from 1884, World War I with the involvement of Rwanda up to 1916 and Kandt’s life is highlighted.

The third fragment of the demonstration tells about Kigali city before and throughout the colonial period as well as its rebirth as a capital.

Outdoors of the Kandt Museum of Natural History is a large statue of a gorilla plus an attachment with a baby Nile crocodile measuring approximately one metre and half long sopping up the sun.

There is a small wooden room with snakes in glass enclosures including some of the most poisonous of African snakes. These reptiles look well fed and do not need a lot of space. While here, one would have a chance to be close to the Gaboon viper, Black Mamba, the spitting cobra and the deadly python.