Uganda has launched a birding tourism campaign aimed at boosting bird watching in the country. The expo code-named, the African Birding Expo is slated to run from 18th to 21st November 2016 is being organized by Uganda Tourism Board (UTB).

The campaign called “African Birding Expo’ is aimed at attracting more than 100,000 foreigner bird watchers to Uganda and from which the country targets over a USD 1 bn earnings from the sector in the subsequent years. It is also focusing on promoting Uganda wildlife, historical, geographical and cultural tourist attractions in Uganda. Bird watching lovers are highly encouraged to take part in the Expo. 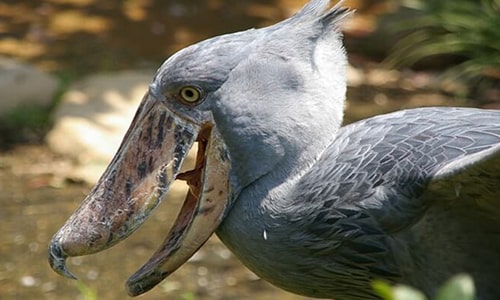 Addressing a press conference held at the Uganda Tourism Board Head Offices in Kampala this week, UTB Chief Executive Officer Stephen Asiimwe said tourism was one of the sources of foreign exchange for Uganda and needed to be promoted. He said birding was one of the tourism products expected to attract more than 100,000 birders in the country.

He said that Uganda inhabits more than 50 per cent of the whole Africa bird species and more than 10 percent of the entire world’s bird species, but still the country is earning less from these birds.

Asiimwe again said that Uganda is gifted with over 1,067 different species of birds and the numbers beats Europe together with North America, although when it comes to earnings got from the birds, their countries get billions of dollars from the few birds they have whereas Uganda is earning more than less from its huge number of bird species.

He also mentioned that bird watchers are indeed big spenders; therefore we expect the expo to boost tourism that will support Uganda to increase on the foreign exchange earnings from the tourism industry.

Currently the industry contributes 10 percent to a countries total Gross Domestic Product and 23 percent of the exports. Rendering the yearly tourism report of 2016, the country got 7.3 billion from the tourism sector in 2015.

If Uganda could get at least 100,000 foreigner bird watchers, and each tourists spends about $ 7,000  per trip which is equivalent to 24.3 million, the country’s GDP could earn $700 that is equal to 2.4 million per trip figure that doubles the money got from exporting coffee.

“We should therefore aim at hosting more than 100,000 bird watchers every year in the next coming 10 years to boost tourism as sector and the country s gross domestic product at large. “Presently, Uganda attracts only 500 birders every year,” he said.

This African birding expo was organized in order to attract various bird watchers and tourists from all over parts of the world who may love to see numerous bird specious in Uganda of which most of the birds in Uganda can never be found anywhere more so the shoebill, African green broad bill, green-breasted pitta great blue turaco and very many other scarce birds.

Much as Uganda has got good tourism products or attractions, the sector is still in its preliminary ages and birding is one of the products that is still in its early stages, less efforts have been put on this attraction, Asiimwe said.

It is therefore against this background that Birding association together with Uganda Tourism Board has come to launch this Expo in order to boost birding as one of the most productive attraction in Uganda’s tourist products.

Asiimwe also said that the Expo is not only to attract foreigner birders but also Ugandan residents so that they can also promote the culture of becoming bird watchers.

He again said “We want Ugandans to get to know, tour their own country and be directly involved in tourism promotion. This is because in times of trouble, domestic tourism is the most reliable.

Uganda is one of the world’s richest countries when it comes to bird variety.

The tourism minister Ephraim Kamuntu during the 7th Annual Tourism Sector Review Conferences that was held recently said that, tourism has recorded affair performance although it can do better more so by developing domestic markets in the country.

There will be a lot of fanfare such as bird quizzes, imitations of common bird calls and other forms of entertainment like traditional dances, pre and post tour opportunities of cultural and heritage sites, and taste of cuisine for children and adults.

In addition to the birding expo, Uganda has fascinated 21 journalists, bloggers to tour different parts of Uganda beginning Sunday expecting that they will commercialize Uganda as a birding destination.

Herbert Byaruhanga, the president of Uganda Tourism Association said Uganda is among the most diplomatic and welcoming destinations allover the World and that it has established accommodations comprising of hotels and surfaced roads being extended to cover the tourism destinations.

“The rest of the world is going to get to know about Uganda and what it offers,” Byaruhanga said. He added that they were also going to promote a bird watching culture in schools and homes so that they create a bigger bird watching community locally.

He also said they have been developing capacity within the last 20 years and that all the bird watching destinations in Uganda have a trained bird guide.

The Uganda Tourism Board in conjunction with Uganda Tourist Association (UTA) are sponsoring the event, motivated by the yearly British Bird Watching Expo, widely labeled as the “Birders Glastonbury,” in which Uganda has had participation since 1997.

The expo will also feature activities like face painting of favorite birds, a bird quiz, traditional dances, imitating common bird calls, pre and post tours to have an experience of Kampala’s night life, visits to cultural sites and a taste of local food among others.